Laura Panzeri began her stage career at an early age at the Teatro Sociale classical ballet school in Como, Italy, before completing her musical training at the Scuola Del Musical in Milan.

The Italian-born singer got her first engagement on the tour of ‘Happy Days’ in her home country. She then toured Italy with ‘Grease’ in the lead role of Sandy. This was followed by an engagement in ‘Saturday Night Fever’ at the Teatro Nazionale in Milan, where she wowed the audience as Annette and first cover for Stephanie Mangano.

Since 2013 Laura Panzeri has sung in numerous productions in Germany, including Mary Robert in ‘Sister Act’ and Ali in ‘Mamma Mia’ at the Metronom Theater in Oberhausen, and Princess Jasmine in Disney’s ‘Aladdin’ at Hamburg’s Stage Theater Neue Flora. Here the talented singer also thrilled the audience in the leading roles of Gina and Indigo in ‘Paramour’ by Cirque du Soleil.
In addition, an engagement as a vocal soloist in the production of ‘West Side Story’ (Anita) took her to the Staatstheater in Nuremberg. Most recently Laura Panzeri has appeared on stage in various productions as a soloist with the top-class ‘MS Color Fantasy’ show ensemble.

Parallel to her successful singing career the performer has lent her powerful voice to numerous cartoon characters in the series ‘Littlest Pet Shop’ (Zoe), ‘Equestria Girls’ and the Netflix film ‘My Little Pony – A New Generation’ (Sunny).

In the ARISE Grand Show Laura Panzeri delights audiences as Siren as well as covering the roles of Muse and Light. 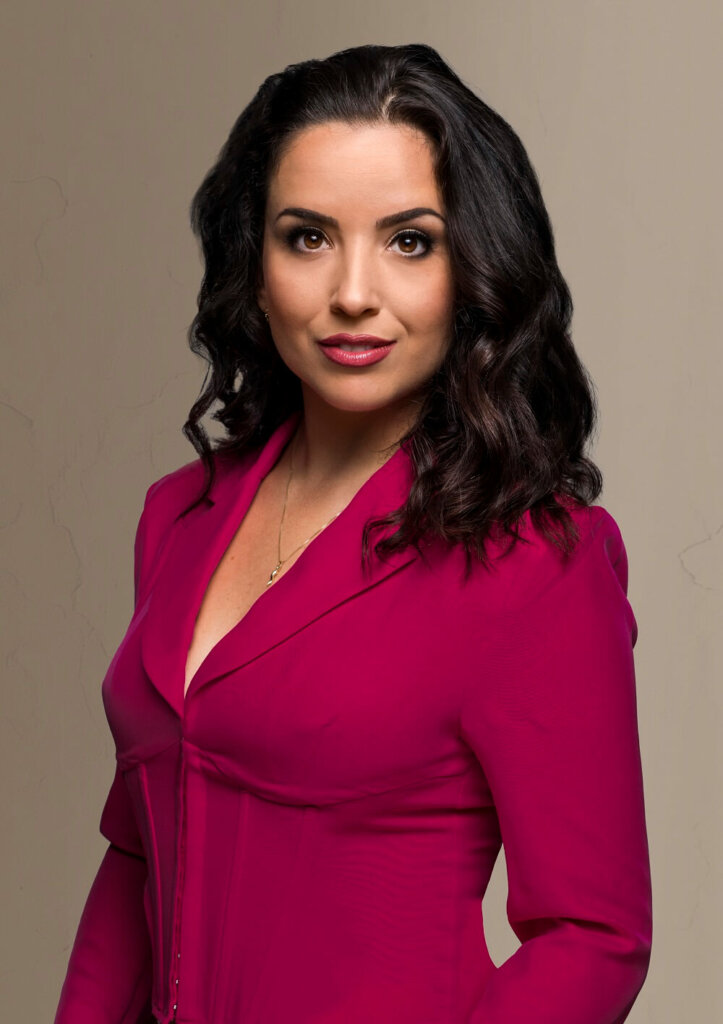