Hailing from Frankfurt am Main, Jaqueline Bergrós Reinhold gained her first musical experience at an early age with the Junges Staatsmusical young ensemble of the Staatstheater Wiesbaden. She starred in musicals such as ‘Rent’, ‘Copacabana’, ‘Baby’, ‘Anything Goes’ or ‘Nonnsens’ before successfully completing her studies in the field of musicals and shows at the Berlin University of the Arts.

Roles like Gloria in ‘Flashdance’ at the Staatstheater Darmstadt and at the Opernhaus Chemnitz followed an engagement in the ensemble of the ‘Rocky Horror Show’ at the Theater Magdeburg. The artist with Icelandic and Lebanese roots played the role of the young Gina for the world premiere of ‘Don Camillo and Peppone’ at the Theater St. Gallen and the Ronacher of the Vereinigte Bühnen Wien musical production company where she also shone as Soul Girl in ‘Jesus Christ Superstar’.

With the ‘Yakari 2 – Secret of Life’ tour, Jaqueline Bergrós Reinhold performed all over Germany as Rainbow. Most recently, she had several engagements at the Salzburger Landestheater, where she captivated the audiences of ‘Doctor Dolittle’, ‘Sound of Music’ and the German premieres of ‘Kick It Like Beckham’ and ‘Aquarium’.

Jaqueline Bergrós Reinhold already impressed audiences at the Palast during the VIVID Grand Show in the lead role of R’eye, providing countless goosebump moments with her soulful voice. She now once again demonstrates her outstanding talents as a singer in the ARISE Grand Show. 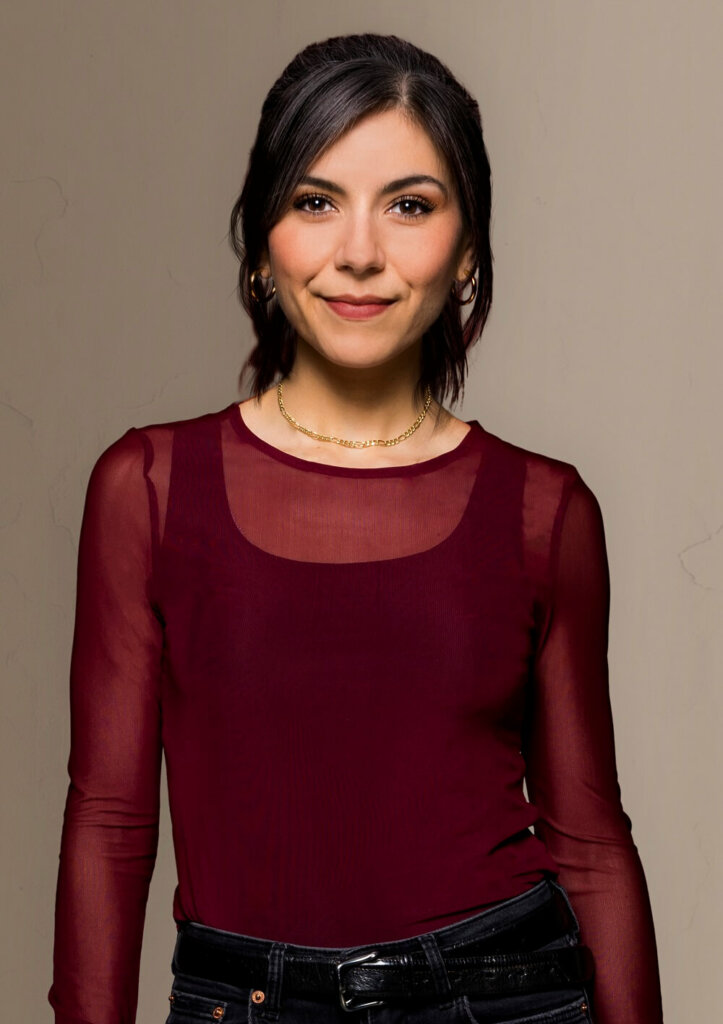