After completing his studies at Cologne University of Music and Dance, Daniel Behrens began his career in musical direction, conducting and music supervision by working on musicals such as ‘Jekyll & Hyde’, ‘Cats’, ‘Saturday Night Fever’, ‘Aida’, Disney’s ‘Beauty and the Beast’, ‘Elisabeth’ and ‘Spamalot’.

Behrens composed the soundtrack for the film ‘Men to Kiss’, which was shown at numerous festivals and won the award for best film in San Diego, Miami and Calgary. He has been a guest conductor with renowned orchestras on several occasions, among others for the City of Prague Philharmonic Orchestra and the Filmorchester Babelsberg at the release concert of Matthias Schweighöfer’s music album ‘Lachen, Weinen, Tanzen’. He was a session conductor at the renowned Teldex Studio Berlin and also conducted the GermanPops Orchestra at the Elbphilharmonie in Hamburg.

Since 2010, Daniel Behrens has been engaged as music director and chief conductor at the Friedrichstadt-Palast where he is also active as a composer: he composed music for the YMA, SHOW ME, THE WYLD and THE ONE grand shows and was responsible for supervising the music for the VIVID Grand Show.

Daniel Behrens is once again assuming the role of Music Supervisor for the ARISE Grand Show and will moreover showcase a number of his own compositions. He collaborated with the songwriter and lyricist Jasmin Shakeri for the first time to create diverse ballads that complement the Grand Show’s musical diversity. 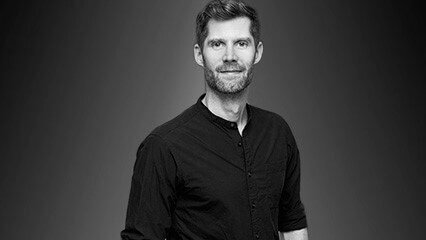