Arne Schumann and Josef Bach have worked together in Berlin as a composer/producer team since 2001. The creative duo mostly devotes itself to film music. Together with ECHO winner Till Brönner, Schumann and Bach were nominated for a German Film Prize for the cycling documentary film ‘Hell on Wheels’. They also composed the music for the football cinema documentary ‘Hoffenheim – Das Leben ist kein Heimspiel’, which premiered at the Max Ophüls Prize Film Festival.

Arne Schumann and Josef Bach also composed the original soundtracks for the first German series for Amazon’s streaming service, ‘You Are Wanted’, as well as the comedy film ‘The Manny’ by and starring Matthias Schweighöfer.

As producers and authors, mixers and musicians, Schumann and Bach’s work is extremely diverse. Among others, they collaborate with artists such as Till Brönner, the US rock band ‘Calexico’, the synth-pop band ‘De/Vision’, Max Herre, the alternative country band ‘Lambchop’, Chester Travis, and star DJ Paul von Dyk. The pair work in advertising, too, conceiving catchy promotional music for BMW, Coca-Cola and Mercedes-Benz brands.

Arne Schumann and Josef Bach first composed for the Palast for the VIVID Grand Show. They will now once again translate stunning show images into powerful musical language for the ARISE Grand Show. 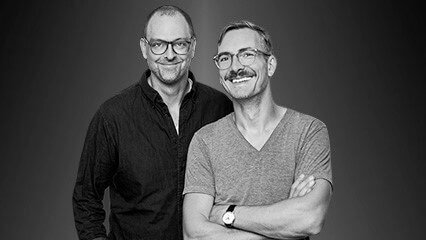