Jens Brück’s passion for music was awakened at a young age: he began taking piano lessons when he was just seven and later also learned to play the acoustic guitar, electric guitar and electronic keyboard.

In 2005, Jens Brück began his studies at the University of Popular Music and Music Business in Mannheim, where he was able to develop his musical skills under renowned lecturers and artists, such as Smudo, Heinz Rudolf Kunze, Florian Sitzmann, Michael Koschorreck and Frank Itt.

He has performed as a guitarist, keyboarder and trombonist in rock bands, big bands and various orchestras and been booked throughout Europe as an arranger, keyboarder and solo artist, among others for the touring production of the musical ‘Elisabeth’. Having already been part of the music team for the VIVID Grand Show, Jens Brück is now also jointly responsible for the arrangements for the ARISE Grand Show. 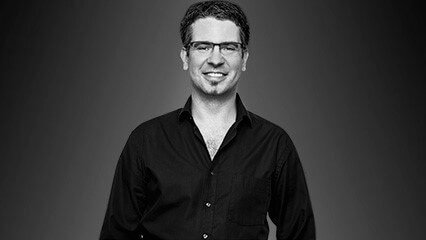