Frank Winkels is one of Germany’s most successful stage actors in the fields of musicals, acting and singing. Hailing from the Lower Rhine region and now based in Hamburg, the passionate singer has enjoyed countless successes over the course of his career. Performances, engagements and leading roles as a stage actor in Germany and Europe followed his graduation with a degree in acting and singing in Hamburg.

The singer with a powerful voice impressed as the main character in the pop oratorio ‘LUTHER’ in German-speaking countries and also shone in other lead roles, for example in ‘Hairspray’ at the Theater St.Gallen, in ‘Ich war noch niemals in New York’ at the Operettenhaus Hamburg, in ‘SHREK – The Musical’ at the Capitol Theatre Düsseldorf and in ‘Disney’s Beauty and the Beast’ at the Metronom Theater Oberhausen.

Frank Winkels was a member of the permanent ensemble at Schmidts Tivoli in Hamburg for more than seven years. Over the course of his career, he has performed on countless renowned open-air stages throughout Germany. Most recently, he impressed as Billy Flynn in ‘Chicago’ at the Bremerhaven City Theatre.

The show star not only sings in concerts and at theatres, but also appears as an actor in various film and television productions, such as ‘Morden im Norden’ and ‘Aktenzeichen XY’.

In the ARISE Grand Show, Frank Winkels contributes his diverse talents to the lead role of Cameron. 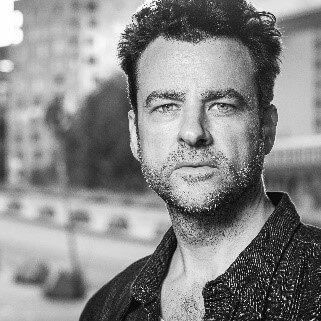